America, America, God bless you and all that you do... 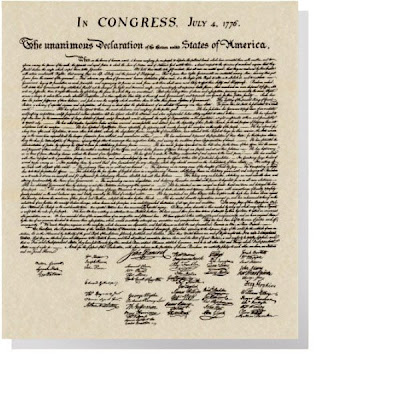 Happy 4th of July! A day on which we celebrate the freedoms that our Founding Fathers gave to us on this historic event in 1776. You may not believe it, but there was a time early on when people didn't really know which day to celebrate our founding, either the Declaration of Independence, which was signed on July 4, 1776, or when the Constitution was passed on September 17, 1787. It took many years for the tradition to take hold and become the celebration we now know it as. By the time our fiftieth anniversary had come along, it had taken hold and on that occasion, something very poignant happened. 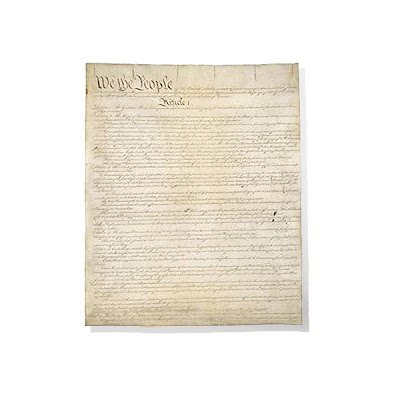 Our second President(John Adams) and third President(Thomas Jefferson) both died on that day... in the same year, 1826... just as we were celebrating the 50th anniversary of the United States of America! And the president at the time was John Quincy Adams, the son of the former president. Both Adams and Jefferson had been bitter rivals in the early days of our founding. Years later, they started up a correspondence and eventually became friends. But the rivalry still remained. When John Adams breathed his last breath he was heard to say: "Jefferson still lives." But he was wrong. Jefferson had passed away a few hours before him earlier that day. Coincidence? No. Not in my belief at least. 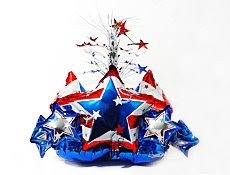 Happy Birthday, America! Everyone go out and celebrate the freedoms and liberty given to us by our Creator, acknowledged by our Founders and defended by our Forefathers...
Posted by Honor Hunter at 12:00 AM

The document was adopted on July 4, 1776 - not technically signed by all the members. It actually took months of revisions (after July 4) before all agreed and every signature was added to the Declaration of Independence.

Isn't today the anniversary of when you guys killed all those aliens that was going to destroy Earth??

We around the world appreciated that about America at the very least. ¬_¬

Yes, it was providence!

"Isn't today the anniversary of when you guys killed all those aliens that was going to destroy Earth??"

Whicheva it all the US has done for the world.

This is the 2 year anniversary of Thomas Gabriel's horrible attack on our nations computer infrastructure. Thank God for John McClane.

Aren't you the guy that likes Hudson Hawk? Hehehe.

Total Willis Whore, you are.

The comments above prove the immaturity of this blog's readers.

Wow, we are supposed to be celebrating pie nations birth and the people above just take it as a day to make jokes. You people have no class, and have no respect for those who have fought for our freedom and the fact that we have these freedoms.

America is full of hypocrites

"America is full of hypocrites"

Yeah, and no other country is?

Get a life and stop looking at things negatively. No country is perfect, but America gives you the opportunity to achieve your dreams more than any country I've ever been to.

Complaining is easy, it takes no effort and no brains. Use what is between your ears for something positive and constructive.

People in America will never see the real wonders of the world. They can not see the world objectively. It's very sad. America is the only place you can achieve your dreams is rubbish.

Hopefully one day that will change. But as long as the US throws their culture and patriotism in the faces of the world they will never be appreciated.

Who gives a shit about 4th July. It's yet another holiday that says the same thing as every other over there.

When I lived in America it drove me up the fucking wall. No wonder I left.

Somehow I feel we're better off without you.

And it's not as if we force our "culture" on people. You don't like it because so many have adopted our "culture." No one put a gun to someone's head and said: "Buy these American jeans" or "Go watch this film."

Your ranting shows how much envy you have toward the United States.

And as far as achieving dreams, you should read a few history books, and no I'm not talking about "Das Kapital," which I'm sure you probably already know. There's a reason so many people come here for the opportunity they were deprived of elsewhere.

Hopefully you'll find yourself where ever you wound up, you clearly got lost in America. Then again, maybe you were lost to begin with.

Why do so many people never leave America?

That can't be healthy?

"Wow, we are supposed to be celebrating pie nations birth and the people above just take it as a day to make jokes."

Are you bitching about the Independence Day starring Will Smith jokes? Are you really that sensitive?

"but America gives you the opportunity to achieve your dreams more than any country I've ever been to."

I like America and all but it's helpful to keep some perspective. First, dreams are subjective. Second, you've been to other countries, but have you lived in them? Third, in the United States there is a large disparity between what the top 10 percent earn and what the bottom 10 percent earn. Often in America the rich get richer while the poor get poorer, and it's difficult for people of color to overcome the odds and the lingering racism in this country.

Every country has its faults and certainly America does as well. Living the American Dream is a lot easier when you're white. As long as studies show that resumes that are exactly the same, except one has "white" names and one has "black" names, go out to employers, and one resume results in a job while the other doesn't, you can't tell me that America is the land of life, liberty and the persuit of happiness for everyone.

America rules motherfuckers!!! We should just get rid off all the blacks and asians and then it's be perfect. Give our sweet nation back to own native peoples.

Kill Iraqis!!! They are all terrorists intent on destroying the sacred land of US!!!

"The comments above prove the immaturity of this blog's readers."

Clearly people here are taking advantage of the fact that comment moderation is not used for this blog.

/\ Faceless coward.
You wouldn't have the guts to act that way in real life.
And with that, GOODBYE.

No Spokker, it's really sad that you and others are taking this holiday and treating it like a big joke. Usually that's what teenagers do, not old men like yourself. My, how the tables have turned.

You and others, get a life, grow a pair, and stop being an immature is jackass. Or is that to hard for you to comprehend? Do I need to speak slower?

Don't be immature, and just enjoy the day! Okay?!

You act as though it was only Americans that died during 9/11.

Many foreigners died that day too. An event that could and should have been avoided by the US.

I find you offensive.

Can someone tie 4th July and Disney please???

Yes, only you have experienced pain and suffering and you get to tell everybody else how to act.

Spokker, your immaturity astounds me. Still, a teenager trying to get an adult to act mature. What's up with society today?

Why don't you go to Cuba or China and talk terribly about their country. There you will be jailed for such talk, and we wouldn't have to hear from you anymore.

And to the Annonymous poster who found me offensive... How is me posting my feelings about something offensive to you? I simply stated a fact yet you somehow find that offensive?I never said only Americans died on 9/11, so I'm not surecwhereth he'll you got that from. Or are you just a Spokker fan trying to rip me apart?

I am reminded of this wonderful quote. "You know what the difference between you and me is? I make this look good." -William Smith, Second Continental Congress, 1776

In California last year the top 10% of earners payed 70% of the tax burden. If it is equality you want then lets have a flat tax and see how that cookie crumbles.

Sometimes I wish Atlas would shrug.

"Spokker, your immaturity astounds me."

You too? I have to agree.
Judging from all the posts that I have ever seen of Spokker,(He has registered under the name "Spokker" EVERYWHERE on the Internet) He clearly has a superiority complex. He obviously thinks that he is better than everyone else. I have never once seen him show humility.

Now, I'm sorry for saying so much. I initially did not want to get involved with this, but I really wanted you Pirateguy, to know that you are not alone in your feelings.

And Spokker, please don't bother to respond, I'm not interested in what you have to say, and I already know that you will disagree with everything I'm saying.

Why do I feel like a parent driving a car having to look around at the kids in the back seat...

"Am I going to have to stop this car and come back there?"

Guy, guys... let's just all be calm and be thankful that we have such a wonderful country that we can have these arguments.

Now, move on to the next subject...

America is as free as my bum cheeks..

You must have some really loose cheeks. Yikes, that's a really bad image.

Thanks for putting it into the back of my mind.