Who's Looking After "The Beaver," Anyhow... 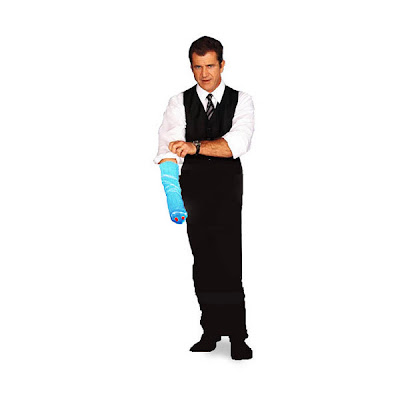 The most talked about unfilmed/unproduced script in Hollywood could be on its way to being made...

If you remember, last year I posted "The Black List" which was a gathering of the top ten scripts circulating around that had yet to be filmed. The number one on that list was a script called "The Beaver."

The Beaver is written by Kyle Killen, one of Hollywoods new "It" writers and tells the story of Walter Black, a depressed toy manufacturer. Walter loses his family and his business, then in a moment of desperation he creates a hand puppet named The Beaver. The Beaver talks to him in a chatty British accent and suddenly, Walter's personality is transformed. Through the puppet, Walter is able to do and say things he felt were never possible in the ridged structure that his life had been set up in. Everything goes well, even great at first, but then, through a twist, things turn horribly ugly as the puppet wants to take charge and refuses to let Walter move on. It's been pitched as a darly comedic "Liar Liar." Many people have been attached from Steve Carell to recently Jim Carrey (pending directorial approval). Jay Roach was originally attached to direct, but he too has moved on to something else.

Now, apparently Jodie Foster has moved into the director's chair and she has a powerful reason why. Mel Gibson. She took the script to him and he loved it and attached himself to it. Funding hasn't been approved yet for the 18-19 million dollar film (Chicken feed in this town, really). But with Gibson's box office record it shouldn't be too hard to gather the funding for this offbeat, small film even with Mel's recent history of battling his inner demons.