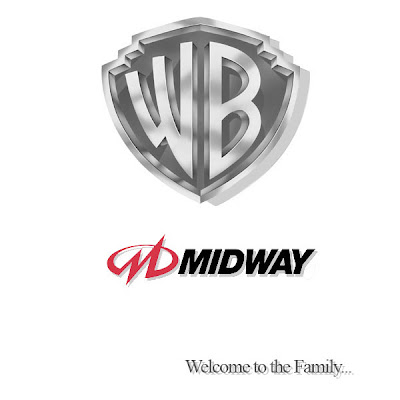 Wow, Hollywood is delving into my past so much I think I should get a percentage...

I remember leaving school on Fridays. Going home, calling friends, getting Mom to drop me off at the Mall so I could meet my pals at the arcade (You know what an arcade is, don't you?), playing the latest games as we scoped the scene for cute girls. Little did I know that my childhood was so important to film makers.

In a bit of interesting news, Warner Brothers has purchased the rights to bankrupt video game creator Midway Games, owners/distributors of such classic 80's/90's titles as Pac-Man, Joust, Mortal Kombat and Spy Hunter among several others. All for the low, low price of $33 million dollars. That wouldn't even cover the cost of the salaries of the stars in one of the films they're going to make from this. Still, I'm trying to see how Pac-Man the movie will look. That television show wasn't exactly the greatest cartoon those Suits in the 80's did.

Developing...
Posted by Honor Hunter at 2:09 AM

Yes, but the licensing agreement is owned by Midway.