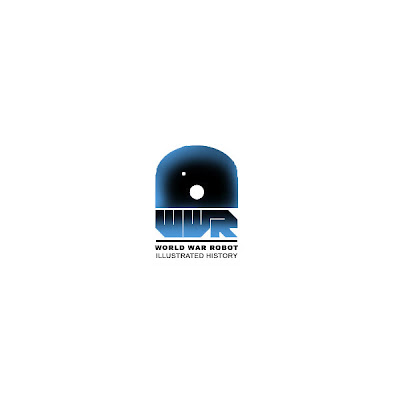 As in with robots...

According to Variety, Walt Disney Pictures based Jerry Bruckheimer has aquired the film rights to Ashley Wood's graphic novel "World War Robot" from IDW Publishing. The story focuses on a small band of humans that battle robots in a world where humanity's fate lies in the balance. Yep, sounds like something that would have Bruckheimer's name on it.

Who's that knocking? Michael Bay? Don't you already have your own robot film, Michael? Get outta here! McG? No, he screwed up his robot war movie. Thanks, we'll pass. The deal was sealed during Comic-Con last week. That place is becoming like the Cannes Film Festival for Geeks with all the film showings and deal making.

Man, one of the writers at JoBlo summed this up perfectly. I would have been salivating at this kind of news five years ago, but after the mild disappointment of Terminator Salvation and the not-so-mild disappointment of Transformers 2, this news really doesn't do anything for me, and that is really quite sad. I mean if this was based on a pre-existing quality franchise like Robotech then I'd get excited, but was it is it's just another annoynmous robot movie that might be cool or might suck, and fate hasn't been too kind in that regard lately.

Also, as a sidenote I'm really sick of comics/ graphic novels being launched simply so the movie rights can be snatched up a few months later and they can claim it's based on a comic. I mean if they really wanted to work with a pre-existing franchise there's a slew of them to choose from.

Yeah because Watchmen and Sin City were written like 2 months ago. lolz

World War Robot was optioned less than a year after it's release. (And just in time for the sequel!)

Kick-Ass was optioned before the first issue was less than a month old.

Battling Boy was optioned before the author was even finished writing it.

And The Strange Adventures of H.P. Lovecraft.

And The Return of King Doug.

Heck, La Chica Bionica was optioned before the author even STARTED writing it, he just promised he'd write it if they'd include it in his film deal.

And the list goes on. So why don't you actually do your homework next time before saying the first smart aleck thing that comes to mind.

I've never even heard of any of those you mentioned.

Come next year, you will.

Whatever happened to Disney's new Kingdom Comics graphic novels? They were supposed to announce the first title at Comic-Con but didn't. Is this project dead or alive?

Yeah, you've never heard of them because half of them haven't even been published yet, but they already have movie deals. That was my whole point.

Hmm... They mention the two most famous films based on graphic novels and have never heard of Kick-Ass? Maybe it's because they don't read graphic novels.

A Fistful of Kickass said...