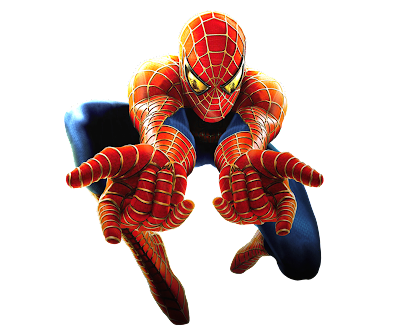 About that possibility of Marvel getting the film rights to "Spider-Man" back...

Will the Arachnid be joining the Marvel Cinematic Universe anytime soon?  If you'd have asked me that this morning, I'd have said "No".  But now comes a report that Sony has been in a bit of a financial bind of late and is looking to an investor group to help shore up its balance sheet.  The group led by investor David Loeb (no relation to Jeph Loeb) has proposed selling off particular entertainment franchises (in music and studio divisions) to make it more attractive to investment.  Two of the entertainment franchises listed are "Resident Evil" and "Spider-Man".  As for RS, I have no opinion on the sale because the films are so utterly lifeless and devoid of anything that makes the games fun and interesting. Spidey on the other hand is a whole other ballgame.

Would the Mouse be interested in purchasing the rights back?  Yes, they would were this to be true.  Would the price be right is the more appropriate question.  The Walt Disney Company paid a sizable amount versus a projected box office take to buy out the remaining rights to Paramount Pictures deal with Marvel a couple years ago.  That deal included the "Avengers" film and "Iron Man 3".  Paramount made a nice little fee for the release, but Web Head is clearly worth a great deal more than Shell Head, and Sony, if they decide to sell them will be asking for a much better deal than Paramount got.  But don't hold your breath.

If this does happen, the last hold out would be Fox.  And they're clearly moving ahead with their reboot of the "Fantastic Four" property and the expansion of the mutant franchises.  They have no desire or inclination to give up such money making machines, but Disney will be watchful and holding them to the letter of the contracts.  It's doubtful they'll give 20th Century Fox any wiggle room in any adaptation of Marvel characters.  Over time, the characters will find their way back into the company fold, but unless some extremely pricey deal is made, it'll have to wait until they lose interesting in the properties.  That will likely not happen until the box office for the films becomes at least a disappointment, or an outright financial dud.

But in the meantime, the Mouse's lawyers are ready to pounce...

UPDATE:  Harry over at Ain't It Cool News has been in touch with Sony Pictures Entertainment Co-Chair Amy Pascal.  And this is something that isn't going to happen.  So, until the films become unprofitable, or they miss a deadline for making one of the films, Marvel fans will have to wait for Spider-Man to debut in the MCU.
Posted by Honor Hunter at 1:31 PM

Here's the problem with this story: like a game of telephone, someone's misinterpretation has added a big (innaccurate) part to the story along the way.

If you track Comic Book Therapy's story to its source, and then track their story back to the cited article from the Financial Times, it doesn't say anything about selling any franchises.

In fact, what it's actually talking about Sony taking under advisement the idea to spin-off its entertainment divisions into a separately traded company.

"Sony has said that it will consider a proposal from activist investor Daniel Loeb that the group should sell off parts of its music and movies business, which includes popular franchises Spider-Man and Resident Evil and the weepy ballads of Brit crooner Adele."

Looks like they're talking about the possibility of selling them at least.

See, you read that as Spider-Man being one of the things that are specifically being sold...

But I read it as Spider-Man (and the others) being listed by the author as examples of what assets are held by Sony's movie/music businesses. (Because that's what the article is about. It doesn't even make any further mention of Spider-Man potentially being sold.)

I've e-mailed the article's author on the matter, so hopefully we can have some clarity soon.

Darn, I was hoping this would be true despite your warning that it might not be, Honor.

Currently Sony makes one Spidey movie every 2 years, but if they can strike a deal with Disney/Marvel and integrate Spidey into MCU and specifically Avengers 2 and/or 3, they can make more money from profit sharing with Disney.

Just two points of clarification --the film rights to Spider Man are NOT officially for sale. But, money talks. Right now Sony could use a very large cash cushion. And remember the DIS merchandising deal gives them all film profits. --Mr. Loeb would never advise Sony to sell off an almost BILLION DOLLAR prize possession thereby SIGNIFICANTLY LOWERING the value of the entire studio. What he's trying to do is unlock the true value of Sony's assets (gaming, television, film, music, phone, computer, etc).

Give the blogger a break. This is the FIRST TIME I've ever seen him wrong. Nothing wrong with getting wrapped-up in a Marvel dream! We all want SM back in the MFilmU.

If only. This would be amazing. Although, outside of some of Spider-Man 3 and some of the Amazing Spider-Man. Sony has done a decent job with the franchise. Of course I'd rather have web head back at Marvel, but Spider-Man 2 still remains one of my favourite superhero movies. Top 5 for sure. If they could just do a Venom / Carnage movie that all the fans want. Ugh! Would be almost as big as The Avengers. But it needs to be Venom/Carnage as the villains, no one else. Just 2.5 hours of complete destruction, slime and monster mayhem of Spidey vs. Venom and Carnage.

Why can't the studios play nice and allow the characters to exist in one universe?