Giving Tomorrow A Past... 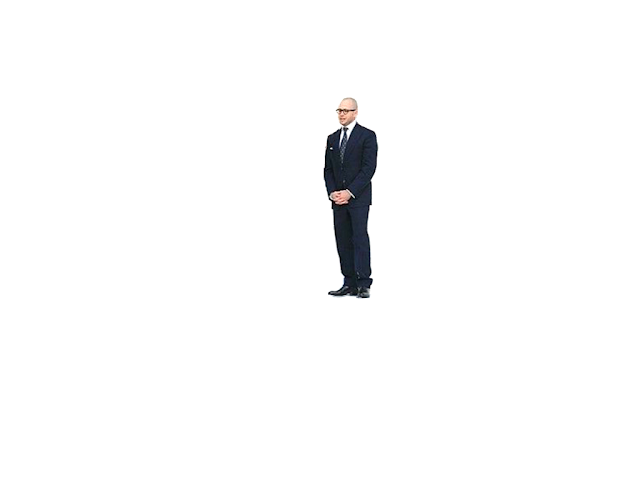 There's been a great deal of mystery surrounding Brad Bird's next film...

It was untitled, then it was called "1954" or "Tesla" depending on who you talked to.  Finally it was announced that it would be known as "Tomorrowland" to the confused looks of film and Disney fans alike.

The guys over at Grantland have released a very entensive interview with Damon Lindelof (I urge you to read the entire interview because it's a facinating look inside the mind and process of a writer.) where he talks about several projects that he's been connected to, but he unpacks the origins of his script which Brad Bird is now getting ready to start directing:

I’ve always been fascinated by Disneyland and Disney World, and my favorite part of the park was always Tomorrowland. But there’s no story there. Like, if you go into Fantasyland, there’s just story happening all around you everywhere, whether it’s sort of a direct kind of connection to a movie that you know or a fairy tale that you know, and the same with, like, Frontierland, or when you go in the Haunted Mansion. My son, who’s 6, when he went on Pirates of the Caribbean for the first time, Jack Sparrow is a part of that ride. He’s going to see the movies in two years, when he’s old enough, and he’s going to think that the movies were the inspiration for the ride, versus the other way around. I would love to do that for Tomorrowland, you know? I would love to give Tomorrowland a story, because right now, Tomorrowland is kind of being taken over by Star Wars — which is great, but it’s called Tomorrowland. Star Wars is a galaxy a long time ago, far, far away. Star Wars is not about our future.

And there’s this Neil deGrasse Tyson speech — you can YouTube it — and he gave an eloquent and beautiful talk about how the abandonment of the space program after we landed on the moon is responsible for the fact that we no longer have an optimistic view of our future. I just said, “There’s a movie in there somewhere.” And that was the beginning of me curating this rather fascinating “is it or isn’t it?” Disney history in this kind of Dan Brown, Da Vinci Code way. Like, all these things that I didn’t know about, the history of Tomorrowland in the park, and could that be the basis of something? Even though the movie is not about the park — I will say this exclusively to you, that none of the movie takes place in a Disneyland park. It doesn’t, but that history became the inspiration for this amazing story. I brought Jeff Jensen in, who had come up with all these amazing theories about Lost while it was on, some of which were just so much better than what we were coming up with in the room. I said, “Come in and look at this stuff and talk to me about it,” and then we started coming up with the germs of a really cool story, and then at the same time, I was hanging out with Bird, because we were both in the Bad Robot universe; he was posting Ghost Protocol as we were working on Into Darkness. I kind of got my hooks in him because I started asking him all these questions about Disney, because he worked there for a number of years and was basically trained by a couple of the original Imagineers, and he was like, “Why are you asking me these questions?” and I said, “I’m working on this project regarding Tomorrowland,” and then he was in. And then we went and picked up George Clooney, and we were off to the races.


It's a fascinating walk through the process for coming up with the story that became so interesting that it made Bird turn down an offer to direct "Episode VII".

Now that has to be a powerful story...

Wow, that was a depressing thing to read. I don't really want to watch a film about Tomorrowland made by someone who doesn't really get themed design. I'm so sick of this myth of 'story' being forced onto everything in the Disney universe.

Themed design is about place-making that allows our minds to create a whole world of our own. Anyone who thinks that it's a good thing that their kid will think the movie inspired the attraction Pirate's of the Caribbean doesn't really understand or appreciate the work of the Walt and his original Imagineers. And to want to have your own movie have the same effect on Tomorrowland sounds like nothing but an ego out of control.