A Rising Tide Lifts All Ratings... 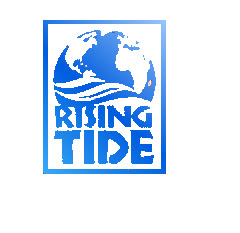 It's not very often a trailer for a television show generates this much hype...

But this is no ordinary television show/series.  It's got connective tissue to the biggest blockbuster film of last year.  That alone means that the S.H.I.E.L.D. trailer would get a lot of buzz.  The fact that it also comes from the director/writer of that show, and he directed and co-wrote the pilot is another major reason eyeballs will not only be on this tease for the series, but the show as well.

Joss Whedon has moved from talented writer, to cult creator, to frustrated genius, to blockbuster film maker over the past decade+.  It's about time that people outside Whedonesque got note of the amazing work this storyteller can do.  Avengers let him burst forth onto the silver screen with a vengeance  and now he'll have an opportunity to blend the D.N.A. of that film into the television world.

The viral campaign for the show has also kicked into high gear with the launch of the We Are The Rising website.  Not much is there yet, but as we move closer to the launch of the series you can expect more content to be added.  The network has a lot riding on this show.  And so does Marvel.  It's their first big jump into live action series.