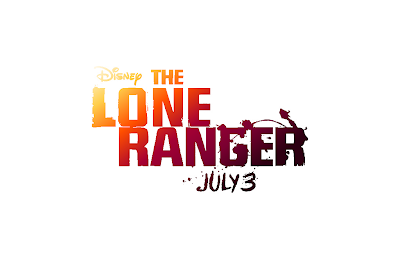 So the Mouse released the final trailer for their new summer film...

The fourth trailer for Walt Disney Pictures "The Lone Ranger" has come out.  More action, more comedy, more "splosions" and a really wild, Wild West.  The folks in Burbank are betting 200+ million on a genre that has been hit or miss over the past few decades.

Gone are the days when Hollywood studios would crank out Westerns on a weekly basis, because it was printing money.  People would go to see them no matter if they were good, or bad, or the cowboy was singing.  It was a distinctly American genre that defined this nation during the latter part of the Nineteenth century.  It was the emergence of this nation on the world as a place of opportunity, adventure and hope.

Maybe that hope is personified in the adventures of this tale of a masked man out for justice.  He doesn't wear a cape, or fly, or throw a car at someone to smash them.  He fires a bullet, rides a white horse, and wears a white hat.  He's the symbol of a dying breed of film and men.  Cowboys are a part of the film industry and the American past.  We'll see if it rides again this summer.

Remember they said pirate movies were dead a while ago too...
Posted by Honor Hunter at 12:47 PM

I hope this does well. Only because Disney really needs a hot that isn't marvel or Pixar right now.

If I had my choice, John Carter would have been that hit. Oh well..