The Grid On Netflix... 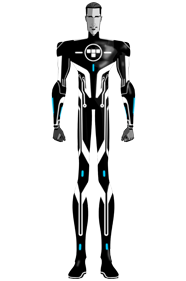 "Tron: Uprising" is one of the most creatively underrated animated series created...

And the chaotic schedule that the Mouse put in on gave fans of the series a hard time finding it.  It also made it difficult for a potential growing audience.  So there was/has been no announcement of a new season following the original run.  But if you liked the show, there's a new way to see it; especially if you don't have Disney XD.

Disney, as part of their expanding deal with the streaming Juggernaut  have announced that the entire season of the show will be available on demand for all its subscribers.  The show along with four others ("Jake and the Never Land Pirates", "Handy Manny," "Special Agent Oso" and "JoJo's Circus,"), increase the company's content on Netflix.  Will this result in more shows?

There has been no announcement of a season two of the show, and we don't know if they will continue it on XD.  But what about Netflix?  They have brought other shows back to life based on viewing habits.  Could Disney Television Animation get another season together by proxy?  Having Netflix decide to pay to have more seasons available on demand?  It would be a way for The Walt Disney Company to continue to have more episodes while defraying the cost of such an expenditure.

Netflix is looking to add more family entertainment recently (Turbo F.A.S.T.).  Could this be a way to broaden the Tron universe by partnering with Netflix?  It could be a business friendly way to increase content and exposure for a franchise that has a sequel in development.  It would be a great way to remind the public that the Grid is still alive.

I caught the first couple of episodes, in glad I can now see the rest of the series

thought thy were amazing and should definitely make more episodes