Pulp From The Vine... 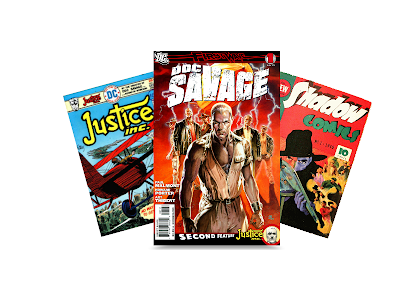 Blue Sky isn't the only one that sees a resurgence in pulp influences on pop-culture...

The guys over at Comic Vine have posted an article entitled: "The Resurgence of Pulp in Comics" that could be a companion piece to our very own "The Geek Codex" article.  Check it out for a thoughtful look at the gravitation toward the archetype characters that helped build what became comic books.

And then influence radio, film and television...
Posted by Honor Hunter at 6:53 AM