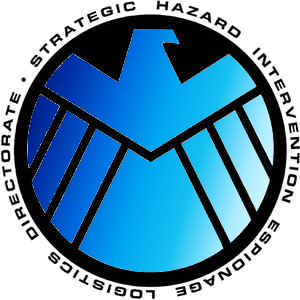 Your authorization has been activated...

As if they'd want to feel the repercussions of the newly uber-powerful Joss Whedon, the programming heads of ABC have green lit his new television show, it just hasn't been made official to the public yet.  I know, shocking news.  But now fans can look forward to Marvel's "Agents of S.H.I.E.L.D." on the network schedule.  Mid season or fall slot?  The announcements have been planned for today, with a major publicity event for Sunday.  Whether it happens exactly then or not, it the series will go forward.

A large marketing campaign will commence shorty afterward, leading up to the broadcast.  Expect a big roll out when the series debuts, and something that Whedon has always had trouble with: support and a prominent  time slot (sorry "Dollhouse").  Having the success of that little film last summer has given him a lot of wiggle room to have his way.  And with the exposure of the series of very popular superhero films, it'll have a great chance for people to see the show about a top secret organization officially set in the MCU.

Will there be more series that he watches over?  Doubtful with his busy schedule.  There's only so much time the man has between sleep.  It's not like he's Guillermo del Toro.  Jeph Loeb will be the guiding hand behind Marvel's ventures on the small screen.  Whedon has a lot of plates twirling in the air right now with the biggest coming out in 2015.  But we'll go inside the secret organization before then.

How deep we go, only Joss knows...

UPDATE:  The Hollywood Reporter is saying that it's official.  And as we mentioned, you'll get your first look at the show on Sunday night at 8pm.  The official presser:

They haven't announced if it's for fall or a mid-season on the schedule.  We won't have to wait long though.  ABC will announce their fall schedule on Tuesday.
Posted by Honor Hunter at 2:34 PM