First The Muppets, Now Alice Too... 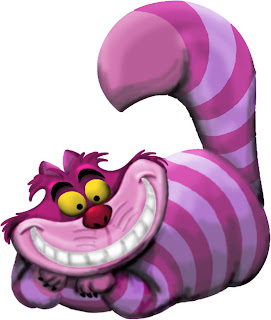 Well, we now know who might be the director of the Burtonless Alice sequel...

It looks like the suits in Burbank really like the dailies that they're seeing of the new Muppet sequel because they want to give the director a much bigger film.  James Bobin is in negotiations to helm the sequel to "Alice in Wonderland" according to the trades.

Unless Johnny Depp has a bad meeting with Bobin, it's likely he will return since his presence was a large part of the film.  While I wasn't that big a fan of the film, a billion dollars is a lot of money to turn away from and the studio wants to turn this into another franchise.

As of now the title to the film is "Into The Looking Glass", but that could be tentative.  Alice Into the Looking Glass sounds more in line with where they might want to go I would think.  Mia Wasikowska is expected to return for the title role.  Currently, Linda Woolverton is still writing the screenplay, but you can expect they'd like production to begin as quickly as possible.

Yeah I didn't get the first film. It was an older Alice, so they should have called it Return to Wonderland or something like that. It also bugged me that Alice fights the Jabberwocky, in the books I don't think the creature appears at all, just referred to. It just seemed like they put it in to make it an adventure with a strong female lead.