So today is the day Phase Two starts...

At least for America.  So begins Shell Head's third outing.  It's already a huge hit overseas with over $300 million so far, and an expected $450 million by the end of the weekend.  That's not included what it's expected to make here.  That's an estimated $177 million more for a total of over $600+ million by Sunday.  I think it's safe to say that this film may make its money back. 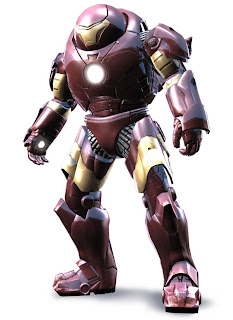 Will it make more than "The Avengers" though?

Doubtful, but it'll likely wind up being the second most profitable Marvel film.  It may nip at the heels of the team up film, but there would have to be an extra push to get it over the threshold that Joss Whedon's film set.  Now the question for you is: "Is it worth it?"

Now, I don't do reviews anymore.  I don't consider myself a reviewer, but simply a film fan, a movie lover and Disney obsessor.  My favorite Marvel film is "The Avengers" film, but "Captain America: The First Avenger" is a very close second.  Iron Man 3 is right behind Cap.  It's a very good film.  It's a smart, intelligent detective film, disguised as a popcorn film that succeeds on almost every level.  It's my favorite Iron Man film.  It has the best display of characters of all three films, and it sets a bar for the films to follow.  In other words, it starts off Phase Two with a big, loud bang.

Too bad the Creatives and Suits decided against that Stark Expo for Innoventions...
Posted by Honor Hunter at 9:34 AM

Epcot could use a concept like Stark Expo for Innovations. Problem is that anything Marvel is not allowed east of the Mississippi River due to a contract agreement. Maybe it is time to figure out a way to terminate that contract by giving Columbia Pictures & 20th Century Fox, rights to SpiderMan & X Men. Disney will never see those characters in their stable. Give them away for the rights to put Marvel in Disney World. That doesn't mean that those characters couldn't be featured in a movie together as a joint venture of sorts between Columbia, Fox & Disney. Something like that would be a mega-event.

Sony and Fox don't have anything to do with the rights in the East. That would be Universal Studios and their agreement with Marvel before Disney bought them.

It'll be a while before the characters are out of their parks. There were three separate contracts, two have expired, but the last one involving attractions will take a while to expire.

Great movie...I don't think it sailed quite as high as the first, but very entertaining nonetheless. Loved the plot twist and the post credits scene.

I think Disney can still do a live action TV series for Spidey and Xmen, if they wanted.

Re: Stark Expo at Innoventions at Disneyland, Tomorrowland needs a cohesive theme. That won't happen with Star Wars, Buzz Lightyear, Stark Expo, & Finding Nemo scattered throughout the land. It's like DCA before they fixed it, great E tickets but no one wants to hang out there.