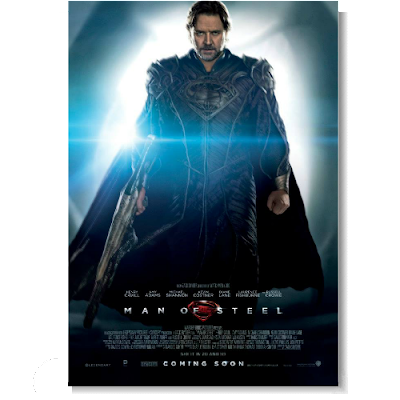 Each day it seem they release another poster from the "Man of Steel" film...

The difference this time is that it's not one of Kal-El/Clark Kent, but his father.  The biological one.  The one that sent him off to survive the destruction of his home world.  And it's pretty cool, I'm sure you'd agree.  It's going to be great to see a new Superman film after the disappointment that was Bryan Singer's "Superman Returns" film.  He seemed to be treading on too much nostalgia for the Donner film.  This film will be our first glimpse into the world to come.

OH MY GOSH! Honor criticizing someone and not being a blind little mouse? Hell has frozen over. Hallelujah!