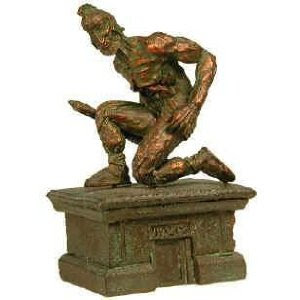 A fantasy legend passed away today...

The iconic FX artist Ray Harryhausen, who thrilled many a film-goer with his creations, passed away today at 92.  He would have been 93 next month.  Any film lover that is a fan of classic fantasy/sci-fi films knows the man and his work.

From "The Beast of 20,000 Fathoms" to "Clash of the Titans", his films had an idealic quality that transcended through them.  He was a babysitter for children surviving the Great Depression, he was a reason you could go to a movie theater in the 50's instead of sitting in front of that newly popular box known as television.  And decades beyond, he would thrill audience with his flights of fantasy for millions more.  His work will live forever in films and hearts.

Our heartfelt condolences go out to his family and friends...
Posted by Honor Hunter at 9:29 AM