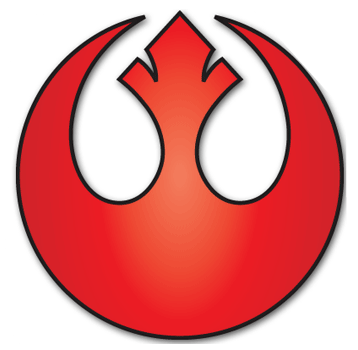 It seems that Star Wars fans have an answer as to what will follow "The Clone Wars" animated series...

Starting in the fall of 2014 "Star Wars Rebels" will debut on Disney XD.  It'll start out as a one hour special on The Disney Channel and then move over to XD after the roll out.  The great appeal of the show is that it will exist between the timelines of EP III and EP IV, meaning that we'll get a look that's more representative of the original trilogy.

The action-filled series is set between the events of Episode III and IV -- an era spanning almost two decades never-before explored on-screen.Star Wars Rebels takes place in a time where the Empire is securing its grip on the galaxy and hunting down the last of the Jedi Knights as a fledgling rebellion against the Empire is taking shape. Details about the show are a closely guarded secret at this point.

Even better is in an announcement video, Dave Filoni, who was the man behind the Clone Wars series will be in charge of this show.  He described the look as being something like computer representations of Ralph McQuarrie's pre-production paintings.  Now that would be awesome because his artwork looks likes the Star Wars universe, but slightly off.  If they're able to translate that look and feel into animation, it should appear stunning.

Filoni and Greg Weisman will executive produce the series along with Simon Kinberg, who will also be writing the pilot for the show in addition to the screenplay of his own Star Wars spin off.  This will go a long way toward restoring good will among the fans.  It also sets up the chance that we might see characters from the original trilogy in this one as well.  An older Obi-Wan, Yoda, or even Darth Vader in flowing black cape and all.

That does sound promising. A good move by the people in charge - to focus on an era that many with limited familiarity with the extended universe would find interesting.