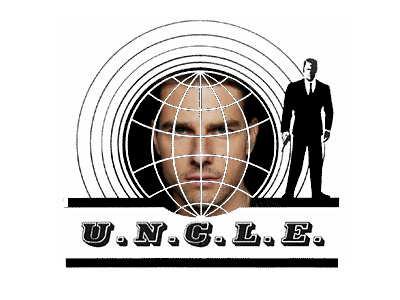 The star has dropped out of the lead for Guy Ritchie's "The Man From Uncle" adaptation.  It appears that the scheduling conflict for filming this would have interfered with Cruise being actively involved in producing M:I 5 and he had to withdraw from the role.

So Warner Bros. and Ritchie are now on the hunt for another actor to play the role.  The film has had various actors in and out of the role (George Clooney, Bradley Cooper, etc.) since Steven Soderbergh was attached to make a retro-60's spy film for the Bunny.

Apparently the script is ready for production and the film was scheduled to film in late 2013, which is the reason it was a conflict for Cruise.  The fifth M:I film is currently being written by Drew Pearce, and is expected to be directed by Christopher MacQuarrie although he's not yet signed.  So who will get cast as Napoleon Solo?  Who will want it?  Robert Downey Jr. said something about wanting to create another non-Marvel franchise.

And he has worked with Guy Ritchie on another franchise...
Posted by Honor Hunter at 10:01 AM