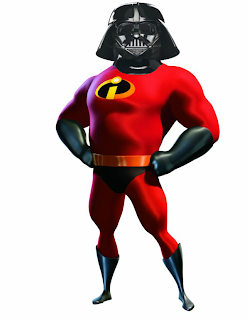 If you remember, Brad Bird was always my first choice for the "Episode VII" directing gig...

The genius director talked with The Hollywood Report's Heat Vision for an interview where he addressed the chance to be behind the camera for the start of a new Star Wars film.  His response was layered in his passion for stories and his love of pursuing dreams:


I’ve known Kathy [Kennedy] for a while and I know George. And they did come to me. But the problem was, the schedule they had in mind made it impossible to do…unless I dropped Tomorrowland. And I was just really deeply into this film at that point. It’s easy to say, “Just put it on hold.” But you’re moving now; you don’t know if you’re going to be able to move later. Maybe it’s true of filmmakers like Cameron or Spielberg, but I have to act on momentum. We had reached a critical mass where it would’ve thrown the furniture around from the train stopping. I really want to see this movie. I love the Star Wars films, and I can’t wait to see what J.J. does, but it meant I’d have to shut down one dream to participate in another. I feel like [with Tomorrowland] we’re making something that’s really special and unique.

He also got asked about the chances for another "Incredibles" film.  He probable has been asked this more than any other question every time he sits down for an interview:


I have been thinking about it. People think that I have not been, but I have. Because I love those characters and love that world. I am stroking my chin and scratching my head. I have many, many elements that I think would work really well in another [Incredibles] film, and if I can get ‘em to click all together, I would probably wanna do that. I like the idea of moving a little more quickly in films. I’m looking for ways to accelerate the pace a little bit and figure out a way to keep creative control over these movies to a level where I’m comfortable with the end result but also speed them up a bit and make more of them. I have many different films I wanna make. It’s like a big airplane hangar and I have different projects on the floor; half-assembled in my brain. I’m interested in all of them. You kind of have to move on the ones people are willing to pay for and the ones you’re most excited about.

I believe when he's done with "Tomorrowland" he'll be perfectly timed to gear up for "Episode VIII" to start pre-production...
Posted by Honor Hunter at 9:40 AM

This might be a stupid question but is tomorrowland about the area in Disneyland?

Locall, I read it's based on the old Disneyland television series in the 50's. They had segments called Tomorrowland as well as Fantasyland, Adventureland, Frontierland etc.

I believe the movie is about UFOs in the 1950s. They got the story from a Tomorrowland episode dealing with the same subject.