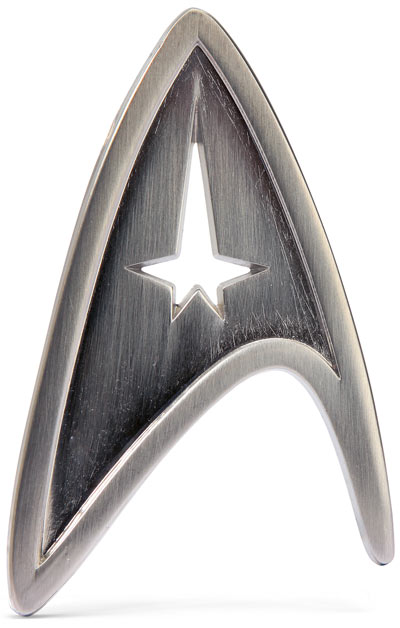 Ok, so J.J. Abrams "Star Trek" sequel has been released over the weekend...

And just like J.J., I've always been a Star Wars fan.  I enjoyed Star Trek, but never to the point where it compared to the passionate love I had for Star Wars.  Luke Skywalker and Han Solo were always more interesting that Captain Kirk and Mr. Spock to me.  Lightsabers and blasters were more fun than phasers and communicators when playing with my friends.  Of the films, I was very fond of  "Star Trek: The Wrath of Khan" than any other Trek film.  But overall, I was never as in to the worlds of the Federation than the worlds of the Galactic Empire.

J.J. Abrams felt this way too.  To be fair, he said "he didn't get Star Trek", which I don't agree with.  I got it. I just didn't get into it as much as normal Trek fans.  And when Abrams finally took on the job of rebooting the franchise, I think to get it, he had to be able to relate to it more like his love of Star Wars.  At its most basic core, Star Trek is science fiction and Star Wars is science fantasy.  Trek is owes a lot more to "2001" and Star Wars owes a lot more to "John Carter of Mars" and "Flash Gordon".  Gene Roddenberry's show was pitched as a western in space, but it's more of a field trip, while George Lucas' film feels like an adventure.

And when Abrams made the first Star Trek film he seemed to be injecting some of that.  No matter how he has tried to explain the differences in all his interviews during his publicity for the film, it feels that this is what he's subconsciously done.  Which bodes well for "Episode VII", but that's another story.  And there are many Trek fans that simply don't like what he's done.  He's departed from the core of what they enjoy about the series/films.  The closest Star Wars film to Trek is "The Phantom Menace" because it's a film that has more analytically droning on in political exposition than action.  It only becomes a Star Wars film in the end during the battle with Darth Maul.

But the new films are filled with adventure and pure spectacle.  There are a lot of people that will go into the theater that will leave upset.  Some for reasons of continuity with the original films/series, but several may come out shaking their heads at the number of unanswered questions as to how events in the films could/should have happened.  I found "Star Trek: Into Darkness" to be an absolutely entertaining film, but a much different Star Trek film than hardcore fans will be used to.  And one that some fans will hate because it departs so much from the mythology they've grown up with.  It takes to warp speed and jettisons the original canon in favor of a clean slate.  No stories are sacred here.  And Trekkers and Trekkies have a Star Wars fan at the helm.

J.J. seems to have thrown out the curiosity of the original in favor of the thrills of the reboot.  And for most people in those theaters it'll be enough.  Most may not have been born early enough to see the originals or next generation.  Many of them may have not even seen the original cast.  They may only know them from the vague pictures they've seen in magazines or the shuffle of films in their Netflix cue.

This Star Trek, unlike the ones before, has finally gone far, far away...

Scotty put a handle on it when he said "I thought we were explorers!" When the next movie comes out I bet it will be more like that. Of course, in this new universe the V-ger probe is still out there!