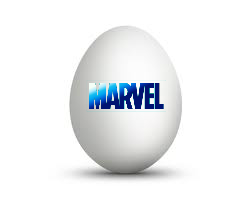 But if you're thinking that the series will turn into a who's who/guest star of the week, then you'll be disappointed according to show creator/executive producer Joss Whedon.  IGN spoke with the creator of Buffy, Firefly, etc. about the possibility of cross-overs or guest stars appearing during the show's run.

IGN: Fans can’t resist asking, “What superheroes will show up from the comics?” I’ve seen you say you want to be careful though, to somewhat divvy that out and not load up the show with that sort of thing, right?

Whedon: It’s not what the show is about. The show is about the six people who are in the show. And {every} week we’ll meet somebody that they have to deal with. Some of those people will be very sympathetic, some of them will be evil, some will be from the Marvel canon, some will reference it -- but it’s not an Easter egg hunt.. It really is just about the lives of these people as they’re dealing with this super-world.


Which is no big loss, really.  It's not like they're going to have trouble coming up with ideas for the show.  Whedon is an extremely talented writer and we shouldn't fear seeing a Hellmouth or a spaceship named Serenity showing up.  He did eight years of "Buffy the Vampire Slayer", several more on "Angel" and many more.  I think the show will be original enough to draw us in, and have enough relevance to the Marvel universe to keep viewers around.

In fact, I'll bet he creates an entirely original part of this world.  AOS will open up areas of the super agency that we've never seen.  It'll allow the tapestry of the world we saw last summer to grow into an amazing experience.  If he can have us interested in Sunnydale for seven seasons, I'm sure the entire world will offer an even more intriguing adventure.

If only for an hour, once every Tuesday...
Posted by Honor Hunter at 12:19 PM