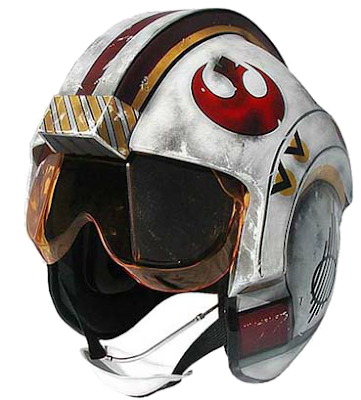 It's hard to believe that it's been three decades since Luke destroyed a second Death Star...

Kyle Newman (Fanboys) got together with Entertainment Weekly to create a short featurette about the anniversary of "Return of the Jedi".  My only complaint is it's just a list of celebrities looking back at the film.  Do we have to judge everything through the lens of stars?  After all, millions of fans are all around the world for the asking.  How about interviewing a man in Idaho and a woman in the countryside of England?  Or Japan?  Or Italy?  While it was entertaining, the world of Star Wars is bigger than just the movie stars that happened to of seen it.

The Star in Star Wars doesn't stand for movie stars...
Posted by Honor Hunter at 7:57 AM