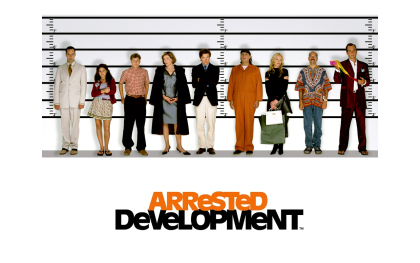 For fans of the "Arrested Development" series tomorrow is the day you've waited for...

The Fourth Season of the show premieres on Netflix.  And by season, we mean season.  The entire run of episodes will be available all at once.  You'll be able to have a marathon if you want.  And some will.  Of course, if you watch all of them at once, what will you do then?

Cross your fingers that enough viewers see it and then hope that Netflix announces a Season Five?  Or a movie?  I personally think a movie couldn't contain enough of the antics of the show to make it as enjoyable.  So, if it's a hit we can only hope that Netflix comes to a deal with Mitchell Hurwitz, and he can bring back to cast for another season.  Then you'll have to wait for them to write, film, edit and then stream that one.

But it wouldn't/can't be as much time as the amount between 3 and 4, right...