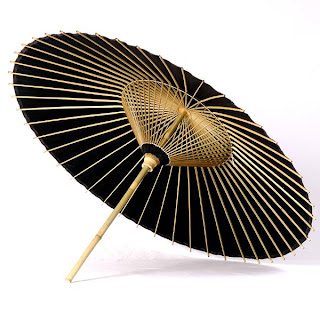 If you've read our reports on Walt Disney Animation Studios, we were teasing that the studio was working on a "Marvelous" film.  The Bothans asked us not to reveal which one and we kept a lid on it till the Grid released the info about the project later in the year.  So now you all know about "Big Hero 6" for 2014.  And here is the first scene of what it will look like (this is one of a few test shots done for the film.) from the official site.

The director of "Winnie the Pooh", Don Hall is working on making a film that fits the mold of Disney, but falls within the world of comics.  But he wanted a project that didn't come with such a large built in fan base.  One where the animators could take the project and work it into a film that is classic Disney.  Don says:

“I was looking for something on the obscure side, something that would mesh well with what we do. The idea of a kid and a robot story with a strong brother element, it’s very Disney….Marvel properties take place in the real world. We were looking for something to do where we could make our own world — bring in the Japanese influences,  have recognizable landmarks mashed up with a Japanese aesthetic.”


If there was a film based on "Daredevil" or another established character, the fans would pick it apart for what it wasn't.  That's why they went with comic characters that had a lighter footprint in the Marvel universe.  Marvel's Joe Quesada is very involved in the story sessions and has been working on providing ideas for the story.  Here is the studios press release:


From Walt Disney Animation Studios comes “Big Hero 6,” an action comedy adventure about brilliant robotics prodigy Hiro Hamada, who finds himself in the grips of a criminal plot that threatens to destroy the fast-paced, high-tech city of San Fransokyo. With the help of his closest companion—a robot named Baymax—Hiro joins forces with a reluctant team of first-time crime fighters on a mission to save their city. Inspired by the Marvel comics of the same name, and featuring comic-book style action and all the heart and humor audiences expect from Walt Disney Animation Studios, the CG-animated “Big Hero 6” hits theaters in 3D on November 7, 2014.

The film has gone through a couple screenings and Lasseter is very happy with the direction of the film, although several Bothans I talked to weren't as warm to the story.  But, animated films change monthly, as Lasseter's notes and the Story Trust work to refine the elements of the picture.  The first screenings of "Tangled" were very different from the final product.  And if you'd seen the original "Finding Nemo" it would be almost unrecognizable to the finished film.

But now Disney animation fans will get their first chance to step into the Marvel world...
Posted by Honor Hunter at 9:39 AM

How did you come up with this? I've never heard you reveal anything about it.

"The projects competing for 2014/2015 are the uber-secret film from Don Hall, which will be a marvelously unexpected project if it ever gets the green light"

Notice how he told who the director was, when it might come out, AND the use of the word "marvelously" in it?

I'm used to seeing Honor give us these clues. If you are a fan of the site, you'll notice too.

What a truly bizarre project for Walt Disney Animation Studios to be working on. I don't think anyone saw this coming when the rumors began.

Don't get me wrong, I'm completely in favor of it, I'm just still having a hard time believing a project like this is being made into a Disney animated film.

Honor, when will you post an article about the film slate of Walt Disney Animation Studios?

Haven't read the Comic, but that opening shot is definitely a cross between San Francisco and Tokyo, both cities in which I've lived. Thus, I'm guessing the name "San Fransokyo". Looks great.

That test shot does look good, but I wish this had been hand drawn anime styled.