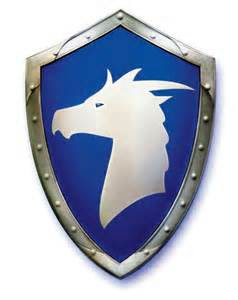 The Bunny has acquired the rights to another fantasy property...

Feeling bit by the sword and sorcery bug, Warner Bros. has added another franchise to their growing list of magical movies/shows.  So now "The Lord of the Rings", "Game of Thrones" and a possible "World of Warcraft" film will now have "Dungeons & Dragons" in the Warner stable as well.

Fantasy does good, and many geeks have always loved watching the genre, but it seems that only in the last decade+ that a good deal of Hollywood have taken note.  I feel that part of this is the direct result of several geeks/nerds being put in high level positions.  Unlike the suits of old, some of these execs actual have a taste for it, or know people with an understanding of it.

Now, I don't want anyone to think I'm praising the dreck that was that "Dungeons & Dragon" film from a decade ago.  It's a horrible stinker of a film.  But that doesn't mean the D&D property doesn't have tremendous potential and value.  After all, the 90's "Captain America" film is horrible, but the character isn't/wasn't.  "Captain America: The First Avenger" was a fun, great popcorn film to watch.  It's all in how it's approached. 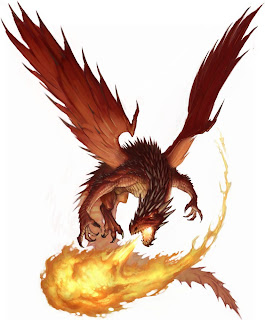 Dungeons & Dragons has a wealth of material that can be drawn from.  From the books, gaming manuals and modules an entire universe could be put upon the silver screen.  Imagine an adventure in "The Vault of the Drow", or travelling through "The World of Greyhalk", or the dark and foreboding "Ravenloft" for example.  And they might even be able to go Disney's Star Wars route; where they have a main film one year (Episode VII) and another film the following year set in the same universe (Boba Fett, Seven Jedi, etc.).  That way they could have a main D&D film, and the next year have one in another land or realm outside the main adventure.

Yes, this is coming from someone that played/DM'd quite a few adventures with eight sided dice in his youth.  I'm sure it won't be one of these, but you can see that the game created by Gary Gygax's TSR, has many realms of possibilities.  It seams that Warner already has a plan/story anyway and that was why they were able to hammer out a deal with Wizards of the Coast, the current owner of the gaming system.

Producer Roy Lee (How to Train Your Dragon) and Courtney Soloman (sadly, directed the original film) have attached Frank Darabont (The Shawshank Redemption, The Green Mile) to work with scibe David Leslie Johnson (Wrath of the Titans) on the script.  Strangely, this is based on a script that Johnson sold last year to Warner called "Chainmail" in a deal he already had with the studio (And another twist is that script is based on a game that Gygax created before D&D).  The writer also happens to have written the script for the aborted Doc Savage that Arnold was to start in with Darabont/Chuck Russell directing.

Close knit group, huh?  But they have their idea, and they have a script that is being retooled from one game to the one it inspired.  Apparently they already have a story to bang out.  Darabont is one of Tinseltown's best writers, and a great producer, so they're off to a much better start than the first try at this. 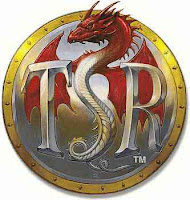 The Hasbro talks were rumors. Disney will not be merging with Warner.

Rabbits? I don't get it.

Honor refers to the Walt Disney Company as The Mouse because the symbol for them is Mickey Mouse.

He also calls Warner Bros. The Bunny because their symbol is Bugs Bunny.

And yet no legend of zelda movie/miniseries news.....