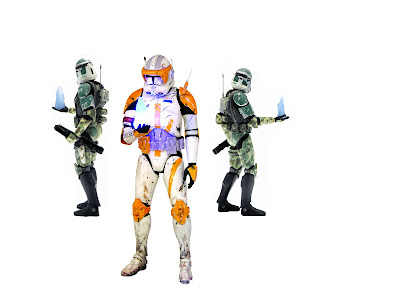 Today The Beard is celebrating a birthday...

That's right the Master Jedi himself, George Lucas is celebrating being sixty-nine years old.  And he's finally moving on to do those things in life he's wanted to do, but a little something got in the way.  After creating the iconic filmography that has included "American Graffiti , "Indiana Jones", and of course, "Star Wars", the film maker has finally moved on to being a museum curator.

That said, he's left an incredible mark on American pop culture and even global film history.  Although his life will now pursue another course, his legacy will endure, and his creations will be timeless.  Many (myself included) may fault him for the fallacy that are the Prequels, but most directors, writers and producers would kill for a career so prolific upon the consciousness of mankind.

There's only one decision that led to the fallacy of the prequels - the fateful decision to make Darth Vader Luke's father. That changed the whole tone of the series. Darth Vader was not originally Luke's father, and should have stayed that way. He could have claimed to be his father, but could have been found out not to be true. That way you would have had the same drama in Empire Strikes Back, but not be weighed down by having to explain how the main hero of the prequels turned to the dark side.