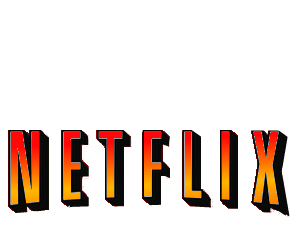 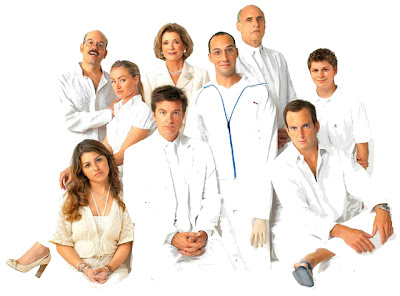 More specifically, what series could be next for the streaming channel...

And by series, I mean cancelled series.  We've all heard of the new original content that they're going to be debuting over the next eighteen months, but the major buzz right now is for "Arrested Development" season four.  And we know a lot of other companies have pitched their cancelled shows (Terra Nova) to Netflix.  Their CEO has even talked about it, but the prospects for the resurrection of some shows was dampened by their diminishing returns of potential new viewers (Firefly).

That said, what other shows would make for a great addition to their lineup?

Imagine the return of your favorite show that the suits at some particular network decided to can?  There are many shows that would have been great were Netflix around when they got cancelled.  Batman 66?  Star Trek after 68?  Sadly, it's a little unrealistic to dream of these, but what about shows that have been put on ice in the past five or so years?  If AD can be brought back after seven years, it's possible some of these could too:

24 - Yeah, I know it just got picked up by Fox.  I'm simply giving it as an example of something with obvious potential, and who wouldn't love to have all 12 episodes viewable n demand?  Jack Bauer on Netflix would be a great draw if the Fox Suits were to make the bad decision to cancel it again.

Pushing Daisies - This show has a huge cult following and a critical pedigree that falls in line with Arrested Development.  This would be a strong pony for Netflix's growing stable of high quality shows.  Bryan Fuller's series is comedic drama filled with wit, clever humor and compelling stories that would be a great addition to their line of shows.

Boss - A lot of people were disappointed in STARZ for cancelling this show after only two seasons.  Kelsey Grammer's portrayal of a defeated Chicago mayor with physical problems that he claws back was critically acclaimed.  It was a surprise that the network let it go.  Could Netflix take this series and bring it back to life?

Fringe - Ok, it's a stretch, but this show was so bizarrely weird I'm sure there would be a way to explain the continuation of the series that fans would buy.  After all, alternate universes could pick up the show, right?  And I think that Netflix would love to get into business with J.J. Abrams.

Young Justice - Having picked up four shows from Disney, an original series from DreamWorks, and more on the way, the streaming service is looking for content for families.  This is a popular show amount the young male demographic, and superheroes seem to be a thing right now.  So...

Dollhouse - Joss Whedon's show took some strange turns and found trouble finding it's wheelhouse at times, but it has a fascinating plot, beautiful ladies and it was being produced by Whedon.  Maybe they can pick up a few years later with everyone's memory being wiped and everyone spending the entire season looking for answers as to who the bad guy is (hint: Fox Suits).

Flash Forward - Ok, this is a guilty pleasure for me.  If you've followed the site, you know I was a big fan of the show.  As the season when on the stories got a bit disoriented, but I'd like to see what else happened to the characters on the show.  And really, doesn't David Goyer have too much time on his hands?

Cupid - I'm referring to the original series (Jeremy Piven), not the reboot which didn't interest me.  The tale of a man that thinks he's Cupid and wants to help people fall in love.  It's a simple plot, but Rob Thomas (Veronica Mars) takes the plot and interesting characters through stories that you just can't help but fall in love with.

The Middleman - A geeky series that lasted one season was based on an obscure comic book about a female artist recruited into a secret agency to fight evil.  It was quirky and fun.  There were only twelve episodes made, and fans of the show hoped for another season to the ABC Family show, but to no avail.

Reaper - How could a show about the grim reaper only last two seasons?  A man turns twenty-one and finds out his parents sold him to Satan to be his "Reaper" that has to collect souls that have escaped from hell.  It's a fun, clever show that lasted two seasons.  I'm sure there are plenty of people that escaped from hell he could go after on Netflix.

Veronica Mars - Hey, I can dream, can't I?  Just imagine all those Kickstarter fans that would pay nine bucks a month to see a new season of this show?

I'm sure there are others that you'd like to see.  These are just ones we here at Blue Sky would be interested in giving mouth to mouth so that they come back from that shining light.  Somewhere down the road I have a feeling when a show gets cancelled, there'll be a call that day to Netflix, or maybe even Hulu or Amazon.  If the show has a connected following then it might have value to go on.  Essentially, some of these shows can/will be like a sports free agent.  If they're let go by one team, they can try out for another.

I think a lot of these are good candidates, but I would like to see them redone instead of just extended. For instance FlashFoward would be great if they could just start over with a story line that was only going to last 12,24,36 episodes.

Just like I would love to see V get redone again. But I would like it to be scary, edgy, and dark.

Action! with Jay Mohr. Should have been on HBO not Fox.
Better of Ted. My guilty pleasure.

Netflix needs to TOTALLY ISOLATE their TV offerings from their MOVIE offerings. IT's totally frustrating to try and find a movie release amongst their list of EVERYTHING.

They need to break the company into Netflix-TV and Netflix-MOVIES. That way, it will be easier for everyone to find what they are looking for, whether it's a TV show/series of the latest MOVIE release.

Pushing Daisies was indeed the first one I thought of. Once can hope

Definitely want Flashforward to come back!