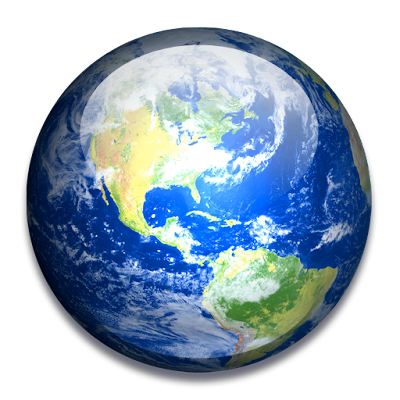 With all the major purchases over the last five years, the Walt Disney Company is about to have a bumper crop...

What am I talking about?  Well, between the purchases of Pixar, Marvel and Lucasfilm, not to mention the live-action/animated films coming from the main branch, the Mouse is gearing up for a monster year.  That year will be 2015.  Just a little more than two years from now Disney will dominate the box office.  It's simply a given.  What films will they release that year?  Take a look at what most likely will be the summer offerings:

Pirates of the Caribbean 5

Walt Disney Animation Studios release (which one hasn't been determined yet, more in a future post.)

Tron 3 (not announced, but likely)

Can you imagine the box office that year?  The public is going to get very used to seeing that castle every time they go see something at the local movie theater.  I don't believe any other film studio has had such a dramatic effect on the box office of an entire year this much.  It's going to be a very interesting year.  I'm trying to picture what the other major studios are going to line up against it.

And it's not just the films they release that will mark the year for Disney, but the theme park expansion as well.  There are several expansions (including a rather nice one for Disneyland if it's green lit) that could happen, but aren't approved as of yet.  These are the main two expansions that are on schedule to be opened.


This year will mark the end Disney's normal content distribution system as well.  Starting the next year, Netflix will be a primary driver of Mouse entertainment that will likely change distribution channels.  So this year will close on a normal way people get shows, films, and possibly even gaming.  Better sign up now.

Bob Iger is going to be leaving the company on a high note.  The opposite of how Eisner left the entertainment giant.  It's hard to believe how large the company has grown in the last decade, but it shows the popularity of the Disney brand.  Of course, Iger will still be there for a year or so after his resignation as "Chairman Emeritus", but the day to day of the company will be handled by one of four people who now report to him.

Just don't let it be Rasulo...

I'm pretty sure that Pixar were aiming for two movies in 2015. If I remember correctly, Pete Docter's Inside Out will open in Summer 2015. In any case, it's a pretty amazing line-up Disney is bringing to the big screen.

Honor, do you have any info of Alan Horn bringing out new, original stories/franchises? The current 2015 outlook is a bit light on home-grown property.

Please do tell, or at least a hint?

Honor, do you know whether there will be a WDAS movie in 2015?

Pixar will be releasing two films that year. The usual November spot that goes to WDAS movies is now occupied by Finding Dory.

NONE of the films listed for 2015 are all that appealing to me. Nothing but sequels of films that have seen their better days. Only Ant-Man is new, but being a vague Marvel character to most people, I doubt that it will have that much of a draw.

Unless they change their schedule between now and then planning is for there to be an animated film from WDAS that year. No date has been set at this time.

Did you not read the list he had there? It says there will be one.

So are majority of these going to be summer releases? If so, I see a problem with oversaturation.

So World of PandoraLand is still on track? Darn...

We know just as much about the 2015 movies as we do about this years Frozen, is it actually still supposed to come out in November?

No where has Disney announce that this would open in 2017.

Frozen is still planned for November this year.

any word on if king of the elves is back on track?

No, Anonymous, it does not and I don't think it will.

Reverse judgement until you actually experience it in person!

It's just a bad fit and doesn't belong in a Disney park.

I wouldn't be surprised if Star Wars VII,gets moved(2016?) because won't begin until next year.

http://collider.com/big-hero-6-release-date-2014-disney-animation/ wow did not see big hero 6 coming out that early

The whole "bad fit and doesn't belong in a Disney park" thing is not true and faulty logic at its finest!

Faulty logic...not if you're a Disney fan. This seems like someone from the finance department came up the idea. "This movie made a lot of money, let's plop it in Animal Kingdom next to Africa, Asia, Dinoland, etc. These blue creatures are kinda animal like, yeah that works" As with previous Disney original attractions (Pirates, Haunted Mansion, Space Mountain, etc.), Beastly Kingdom would have been a much better and more original choice.

Pandora works better at Universal, they license outside properties. Disney has way too many characters of their own. I just hope the rumors at WDI are true and this never comes to fruition.

Let me guess, you're reply is going to have the word "stupid."