Playing Games With A Mouse... 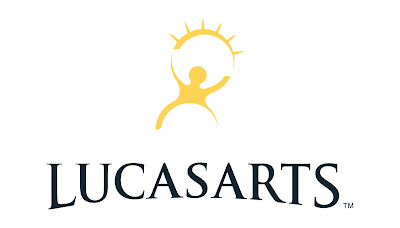 Some fans worried about the end of Star Wars gaming with the closing of LucasArts...

But the franchise is too big to be closed down.  There is simply too much opportunity to make money with this universe: and it's a big, big universe.  Kathleen Kennedy has had numerous meetings with gaming companies over the past few months, just as she's had multiple meetings with film makers.  She's entertained a voluminous amount of pitches for films, shows and games.  And now we know who gets to carry on the Lucasfilm gaming legacy.


Electronic Arts Selected for Multi-Year Agreement for the Future of Star Wars Gaming
May 06, 2013
Today it was announced that Lucasfilm Ltd. and Disney Interactive are entering into a multi-year, multi-title exclusive licensing agreement with Electronic Arts Inc. (EA) for the creation of new high quality Star Wars games spanning multiple genres for console, PC, mobile, and tablets.Industry leaders and creators of best-in-class blockbuster games, the development and publishing teams at EA will collaborate with the creative teams at Lucasfilm to provide audiences with all-new gaming experiences set in the ever-expanding Star Wars galaxy. As part of the agreement, EA studio teams DICE (Battlefield series) and Visceral (Dead Space series) will join BioWare (Mass Effect series, Star Wars: The Old Republic) in the development of newStar Wars games."Our number one objective was to find a developer who could consistently deliver our fans great Star Wars games for years to come," said Kathleen Kennedy, President of Lucasfilm. "When we looked at the talent of the teams that EA was committing to our games and the quality of their vision for Star Wars, the choice was clear."While EA studios will develop for the core Star Wars gaming audience, Disney Interactive will focus on delivering new Star Warsgames for casual audiences on mobile, social, tablet, and online gaming platforms."This agreement demonstrates our commitment to creating quality game experiences that drive the popularity of the Star Warsfranchise for years to come," said John Pleasants, co-president of Disney Interactive. "Collaborating with one of the world's premier game developers will allow us to bring an amazing portfolio of newStar Wars titles to fans around the world.""Every developer dreams of creating games for the Star Warsuniverse," said EA Labels President Frank Gibeau. "Three of our top studios will fulfill that dream, crafting epic adventures for Star Warsfans. The new experiences we create may borrow from films, but the games will be entirely original with all new stories and gameplay."More information, including titles in development, will be announced in the coming months. Continue to check StarWars.com for updates on the future of Star Wars gaming.


And if you want to see the quality the new games will have then check out the Frostbite 3 gaming engine (warning: NSFW).  This will be the technology they'll be using for the new games.  Imagine this quality of gaming with lasers, light sabers and Sith Lords.  Impressive.

I've always felt that Iger should pursue a similar strategy that he's used in purchasing film companies like Pixar, Marvel and Lucasfilm when dealing with Gaming.  Instead of going after one of the big companies, he's went for mid-level or lower level companies that have had predictable results.  Perhaps in a few years he or his successor can bring someone like EA into the Disney family and have it under Disney Interactive?  It would certainly be a boost to the one part of the company that seems to continually be flailing behind companies like the Warner Bros.  Warner Games is certainly a much more profitable division of the Bunny than the Mouse's Disney Interactive.

But we have years to go before we get there...
Posted by Honor Hunter at 12:22 PM

You know, I won't be surprised if this is a testing ground of things to come. The Mouse has been rumored to purchase EA for the last few years.

I see no incentive for Disney in purchasing EA